Return to events
Index of integrity in defence governance On December 9, 2021, the Independent Anti-Corruption Commission (NAKO) presented the results of the Government Defence Integrity Index (GDI). Ukraine received 41 points out of 100 and was included in the group of countries with a score of D, which indicates the presence of high corruption risks. The Transparency International Defence and Security Index is the only comprehensive analysis of the effectiveness and control of corruption risks in the security and defence sector.

The results of this year’s Index were discussed by government officials and defenсe experts during a public debate, “Government Defence Integrity Index: How to overcome corruption in the defence sector?”, organized by NAKO, partner organizations, and a community of volunteers who help the army.
Reduce the level of secrecy, carry out quality reform of defence procurement, and strengthen democratic civilian control over the Armed Forces - participants said this is what is needed to reduce the level of corruption in the defence sector. 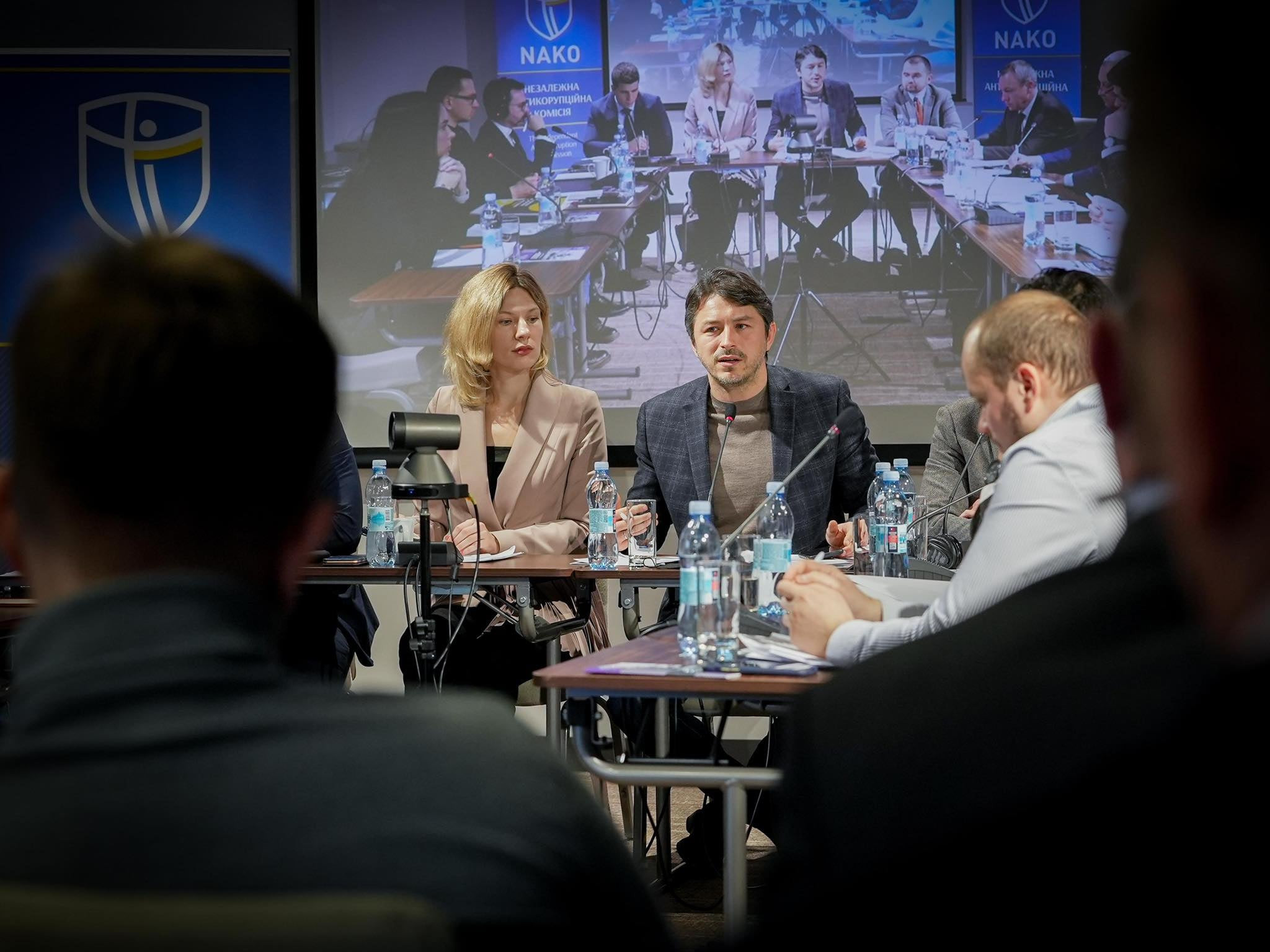 Good governance is at the heart of the fight against corruption and helps build military professionalism and integrity. This was emphasized by Martin Molloy, Special Adviser on British Defence. He added that the GDI was developed specifically to assess a state’s ability to establish processes to minimize corruption in defence. “Ordinary citizens need to be confident that the money spent on military personnel and equipment is being spent properly. This requires transparency and democratic control,” he added.

As in 2015, the last time when the results of the index were announced, Ukraine still remains in group D, that is, it has a high risk of corruption,” said NAKO Executive Director Olena Tregub. Procurement and finance are the most prone to corruption, while the situation with military operations is critical. Qualitative implementation of the Law on Defence Procurement can improve the situation, Tregub said. However, this is not enough if the procurement sector continues to be overly classified: “The Law on Defence Procurement does not completely solve the problem of secrecy. A new qualitative law on the security of classified information is needed. This bill is currently in the parliamentary committee. This process needs to be accelerated to ensure that Ukraine’s security and defence sector is more in line with NATO standards.”

“It is because of excessive secrecy that civil society cannot properly control whether the state meets the basic needs of the Armed Forces. Both the intelligence services of NATO countries and the aggressor country know what a huge amount of money is spent on (from the state budget of Ukraine), and only civil society does not know this” said Solomiya Bobrovska, Secretary of the Verkhovna Rada Committee on Foreign Affairs and Inter-Parliamentary Cooperation and MP Head of the Ukrainian Delegation to the NATO Parliamentary Assembly. Bobrovska stressed the problems with the army’s logistics, construction, and infrastructure, as well as with purchasing food for next year, which has not yet been announced. The MP expressed the following recommendations: minimize collusion between officials and producers, prevent producers from dictating and approving production conditions, and get rid of Soviet standards that still prevail at the state level.

At the same time, the head of the Department for Prevention and Detection of Corruption of the Ministry of Internal Affairs Igor Chukhrai assured participants that both the Ministry and the Commander-in-Chief of the Armed Forces demand zero tolerance for corruption from their subordinates.

In particular, the Anti-Corruption Program of the Ministry of Defence has helped to effectively fight corruption, which NAKO was actively involved in developing.

The leadership has incorporated most of NAKO’s recommendations into the program and continues to work actively with civil society to reduce the risk of corruption at the ministry level, Chukhrai said. 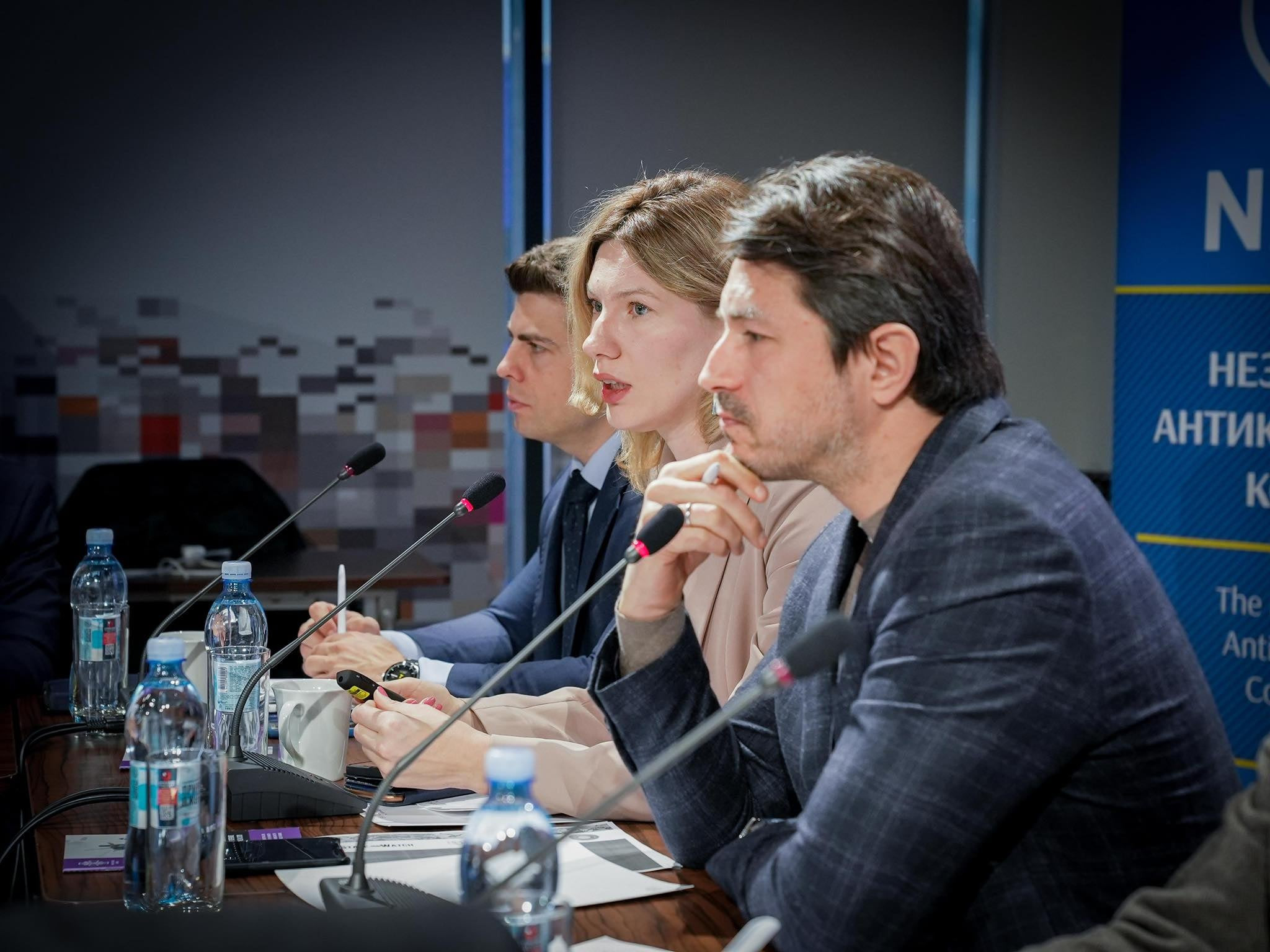 Among other achievements of Ukraine in this direction, Derkach noted the reform of defence procurement and the reform of state-owned defence enterprises.

Commenting on defence procurement, the head of the Defence Procurement Reform Project Artur Pereverzev stressed that “half of what is currently being purchased under secret procedures can be purchased not secretly and without risks to national security.” The current system promotes unjustified secrecy in procurement and cultivates corruption, said Pereverzev. He noted that in practice in Ukraine only the cost of weapons and military equipment is classified, while the quantity and technical characteristics of the purchases are regularly covered by the media.

This thesis was continued by Hlib Kanevsky, head of the expert organization StateWatch, who called on the Ministry of Defence to initiate changes in the field of declassification.

He cited a specific example of unjustified secrecy: the purchase of ambulances. Within the framework of the state defence order (SDO), the price of this purchase is not public, but it can be found in a court decision that the Ministry of Defence had to pay more than UAH 19 million for implementing this contract. “On the one hand, this is a secret, and on the other hand, I can see this information on the website of the Unified Register of Court Decisions,” Kanevsky stated. From these data, it is known that one ambulance cost UAH 2.5 million, while in the ProZorro system, you can find similar purchases at a much lower price.

“A similar situation has developed with the purchase of drones,” said Serhiy Prytula, a volunteer for the army and moderator of the event. “The price of the SDO contract is a secret, while such a purchase with the support of Lithuania is well known,” Prytula remarked. He also said that volunteers continue to provide the army with transportation, drones, and quadcopters, i.e., items that have to be purchased under secret procedures. Such results were demonstrated by a survey of more than 40 volunteer initiatives, which in recent years have attracted tens of millions of hryvnias for the army’s needs.

Prytula stressed that volunteers could direct these funds to other areas, but they are still forced to cover the purchases that should be made within the SDO. 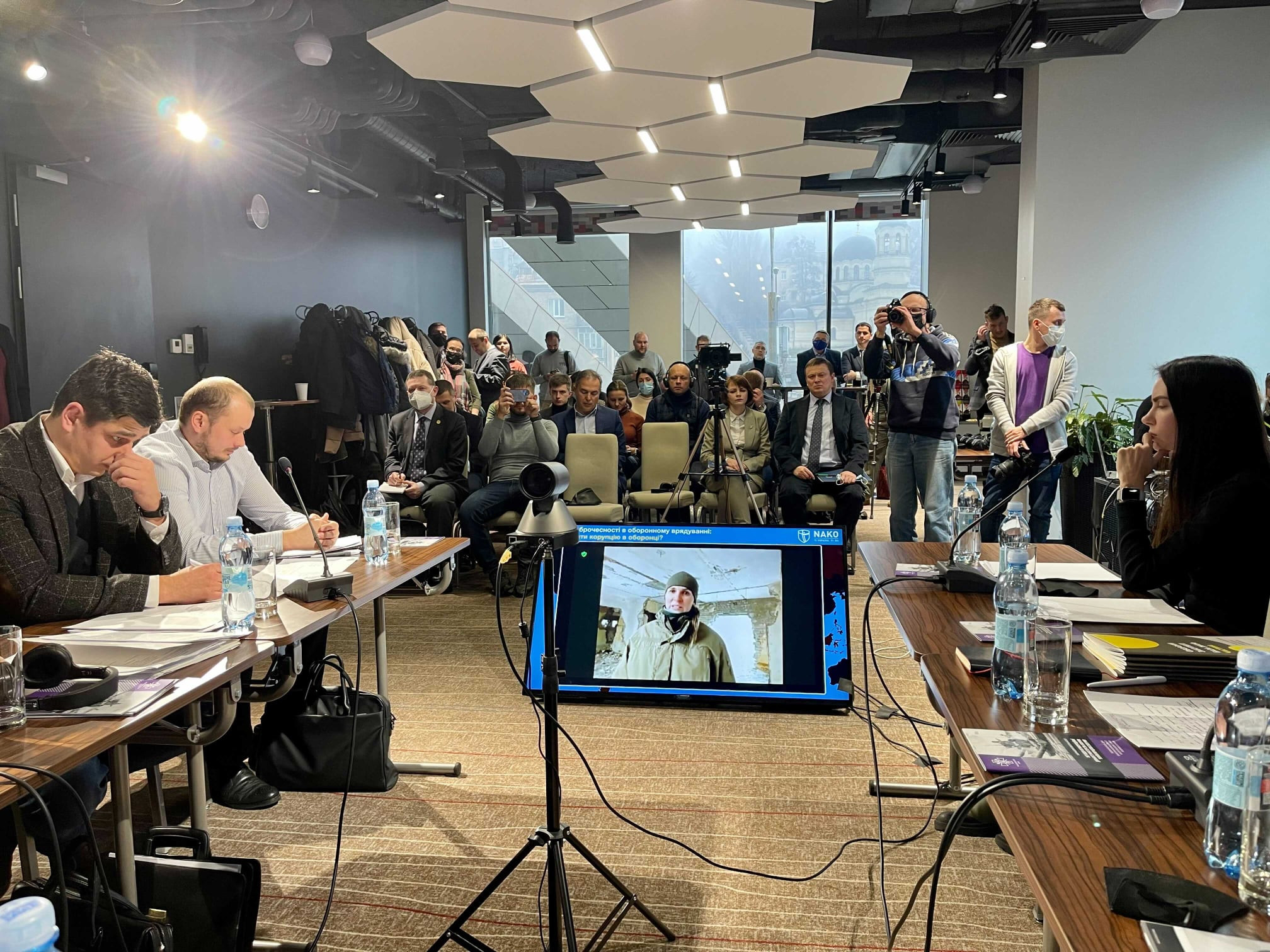 “If it sounded normal in 2014-2015, in 2021, it is wild to receive dozens of requests to help with artillery devices a day,” said volunteer Daria Morozova, a representative of the SOS Army initiative. The initiative’s volunteers regularly buy such devices, which even now artillerists do not have in sufficient quantities.

Speakers expressed hope that the new Minister of Defence Oleksiy Reznikov and the Commander-in-Chief of the Armed Forces Valery Zaluzhniy will promote anti-corruption reforms in the security and defence sector and will be able to create a more effective system of providing the army with everything it needs.

The presentation was organized with the help of the British Embassy in Kyiv. We also thank the Military Portal for its media support of the event.