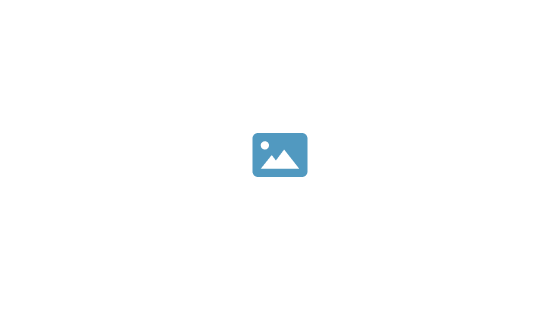 A secret contract between the state and the Rybalska Kuznya private shipyard owned by Ukrainian President Petro Poroshenko may have been a sweetener to ease through its sale to another powerful oligarch, according to an anti-corruption watchdog. The contract, for ship engine repairs, was signed right before the sale of the shipyard was agreed between Prime Assets Capital, Poroshenko’s holding company, and Sergiy Tigipko, the owner of the TAS Group business empire and an ex-politician who was an ally of runaway ex-Ukrainian President Viktor Yanukovych. Young people chat next to Rybalsky Kuznya shipyard on May 15, 2017, in Kyiv, is formerly known as Leninska Kuznya
Photo by Kostyantyn Chernichkin
This is the first business of around 100 that Poroshenko is selling – he had promised to sell off his businesses during the 2014 presidential campaign. Glib Kanevskiy, head of Statewatch, a non-profit organization, told the Kyiv Post that he came across information about the contract between the Ukrainian navy and Kyiv’s Rybalsky Kuznya shipyard in a public register by accident. “In the e-data register of public finances, I saw that on Oct. 1 Hr 22.9 million ($818,000) were transferred to Kuznya from the military unit where the naval command of Ukraine is located,” Kanevskiy said.

In Ukraine legislation enables state defense bodies, such as the Defense Ministry, the Interior Ministry and the Security Service of Ukraine, to decide themselves whether a contract must be classified. According to Таras Yemchura, an analyst at Independent Defense Anti-Corruption Committee (NAKO), the “top secret” stamp often hides the names of companies that are to execute defense contracts, the value of contracts, and the opaque procedures for selecting contractors, but not the fact of the purchase itself. “In fact, when we talk about almost Hr 23 million, we’re talking only about a small share of the funds that will be used secretly. Of course, the government should rethink approaches to the secrecy of defense procurement,” said Yemchura. Kanevskiy says he has been monitoring open-source information for a year to check on all of the president’s business dealings, using ProZorro, the register of public finances, and the registry of court decisions. “If it were not for the public finance portal, no one would even know about this transaction to the shipyard, which is the only one that repairs engine for the ships of the armed forces of Ukraine,” said Kanevskiy.

“I think it was a mistake of the Security Service of Ukraine (or SBU).” While he agreed that some aspects of the deal, such as details of which ships and what numbers of engines were being repaired should be secret on national security grounds, he said there was no reason to keep the existence of the contract and its value secret. “I assume the naval high command just didn’t want to disclose this figure out of fear of angering the Presidential Administration,” Kanevskiy said. Previously, Viktor Plakhuta, the former head of the economy ministry’s defense department who is now the CEO at the Ukrainian Freedom Fund, told the Kyiv Post that Poroshenko has significant powers over defense sector, which gets the largest share of the state’s $40 billion in budget spending. However, another expert, Petro Nebotov, the director of the State Scientific Research Institute for Informatization and Economic Modeling, said there was nothing unusual in the contract, and the SBU had not made any mistakes. “It’s a not a secret contract and everything is available on the official website of public finances, where it is clearly written that the contract is for repairing the engine of the Ukrainian Frigate Hetman Sahaidachny,” said Nebotov. That’s a modest sum to repair the engine of Ukraine’s flagship, given the amounts that would be needed to revive Ukraine’s shipbuilding industry. “To repair the main engine of the frigate, $800,000 is pennies, but it’s impossible to buy such an engine because it was made in Saint Petersburg during the times of the Soviet Union,” Nebotov said.

The contract was concluded with Kuznya because it is the only plant in Ukraine that can do the work, and that’s why it can’t be put out to tender at ProZorro, he said. Tigipko’s interest Nevertheless, the secrecy surrounding the engine repair contract means the amount of money the shipyard will be paid by the state ahead of its sale to Tigipko is unknown, and having a steady flow of state orders on the books ahead of the sale made the yard a more attractive asset, Kanevskiy said. “This payment raised the economic attractiveness (of the shipyard) in Tigipko’s eyes,” Kanevskiy said. “When Tigipko buys the plant, he’s actually buying a guarantee that this plant will be provided with state orders.” The Antimonopoly Committee of Ukraine gave Tigipko permission to acquire a stake of more than 50 percent of the plant’s shares on Oct. 19 through his Cypriot company Evins.

Currently the largest shareholder of the plant is Poroshenko’s Prime Assets Capital, with 82.5 percent of the shares, while another 11.5 percent belongs to the Bloc of Petro Poroshenko lawmaker Ihor Kononenko’s investment fund VIK, which manages another seven companies. Kononenko is a long-time business partner of Poroshenko who entered politics when Poroshenko was elected president in 2014. With the ship engine repair deal, Tigipko gains a secret multimillion hryvnia contract for at least two years ahead, Kanevskiy said. Prime Capital Assets is itself managed by a company called Fusion Capital Partners, which was founded by companies owned by Kononenko and Oleh Hladkovsky – another of Poroshenko’s business associates, and the present first deputy secretary of the National Security and Defense Council.

Reasons for sale Kanevskiy said there were several reasons why Poroshenko wanted to sell the Rybalsky Kuznya shipyard. On the one hand, there is a real possibility that Poroshenko will not win a second term as president, and will lose influence on state defense orders. “Kuznya will lose the main reason for its existence, since its main income comes from government orders,” Kanevskiy said. Plus, with the presidential election coming soon, Poroshenko can always say that he has divested more of his business interests. In contrast, the only reason Nebotov sees for selling the Rybalsky Kuznya shipyard is its good location near the center of Kyiv. “I don’t know why the president is selling it. The only attractive thing about the plant is the territory and location, which is why Poroshenko bought it in the first place,” said Nebotov. “Without defense orders it would be an unprofitable plant, as it was before it got its first (defense) orders in 2012.